Becoming a successful professional and key Fuqua volunteer or the recipient of a MacArthur Foundation Fellowship doesn’t just happen overnight. It takes dedication, tenacity, and, of course, an education at Duke University.

Enter Wenny Katzenstein, a member of Fuqua’s Daytime MBA Class of 2003, and her younger sister, Jenny Tung, a member of Trinity College’s Class of 2003. It’s been a big year for the family. Wenny, director of marketing strategy at NBCUniversal, just joined Fuqua’s Alumni Council. Jenny, an associate professor of evolutionary anthropology and biology at Duke, was awarded the MacArthur Foundation Fellowship—A.K.A. the “genius grant.”

Rewinding to where it all began, Jenny first came to Duke’s campus as a part of a prospective student recruiting weekend.

“For undergrad, I applied only to universities with warm weather,” Jenny said. “Duke qualified while also hitting the right balance between world-class academics and an atmosphere that didn’t feel too self-serious. Interacting with other prospective students at the same time made me really excited about the possibility of coming to Duke—the caliber of the students I’d get to interact with, and how interesting so many of them were.”

Soon after, Jenny was an undergraduate student when Wenny was considering business school.

“I looked at Fuqua because Jenny encouraged me,” Wenny said. “Given our age difference, we’d never been at the same school, and the idea of it seemed like a lot of fun.”

“Did I? I don’t remember that!” Jenny said. “But I’m glad you decided to apply and to come—we hadn’t actually lived together in the same household since I was 10 years old, so being able to overlap while you were at Fuqua was a great chance to get to know each other as adults.” 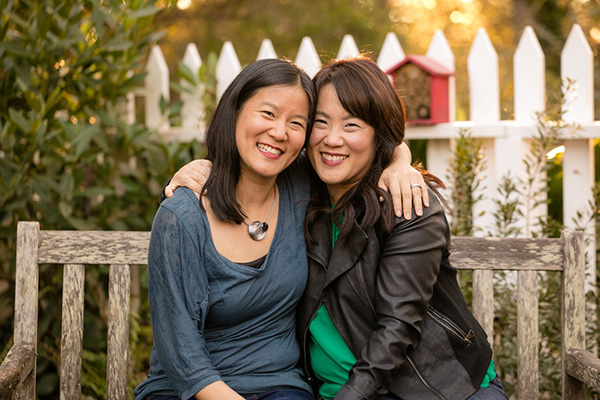 Wenny had no idea what to expect from business school, much less what Fuqua would be like. “It was really Blue Devil Weekend that sold me when I met my fellow classmates,” Wenny reflects. “Of course, winning the NCAA Men’s Basketball Tournament that weekend certainly didn’t hurt!”

Attending Duke at the same time meant they were mistaken for one another quite regularly. “It was pretty funny when people would get us mixed up on campus, as we do sound and look alike,” Wenny said.

“Friends of Wenny’s would stop me when I was out with friends and say hello. Very ‘big sister is watching!’” Jenny said. 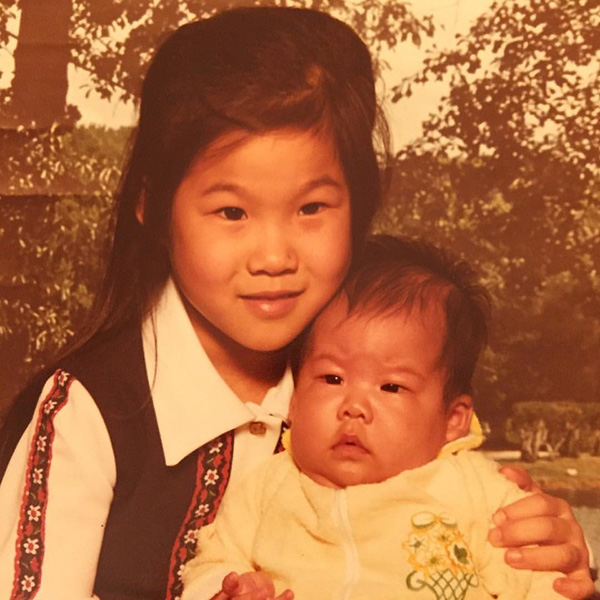 Conventionally speaking, the sisters agree Jenny took the title of being the better student. “I’m not sure anyone would ever accuse me of being such a thing,” Wenny said. “We’re fairly different in certain aspects. I’m infinitely more extroverted and social, and Jenny’s far more focused and academically minded.”

“I think Wenny is by far the better candidate to live and work in the business world,” Jenny said. “If I could write a postcard back to my former student-self, I would have said to take a deep breath—no need to be quite that serious.”

After graduation, both have stayed heavily involved with Duke. Jenny went on to get her Ph.D. at Duke, and eventually returned as a professor. Wenny stayed involved with Fuqua through many avenues, including volunteering as a speaker, recruiting students, supporting the Fuqua Annual Fund, and joining the Alumni Council.

“Now that I’ve progressed further in my career, the idea of being able to give back has become a much more realistic priority. I’ve always loved the idea of being more involved in an institution that’s highly personal, so I was thrilled to be part of the recent incoming Alumni Council class this past October,” Wenny said. “I think the idea of staying tied to Fuqua post-graduation is often only seen in the lens of financial means. While that’s important, it’s also very possible to support Fuqua in other ways that suit a person’s time, skillsets, and interests.”

Coming to Fuqua as an English major and career switcher, Wenny didn’t know many MBAs or people in the business world. Post-graduation and marriage, she also didn’t know a lot of dual career couples with children.

“I’m hoping my time on the Alumni Council will help provide a resource for students who are new to business or interested in entertainment, as well as an impetus to open up more dialogue across current students and alumni who are anticipating or juggling the demands of career and family,” Wenny said. 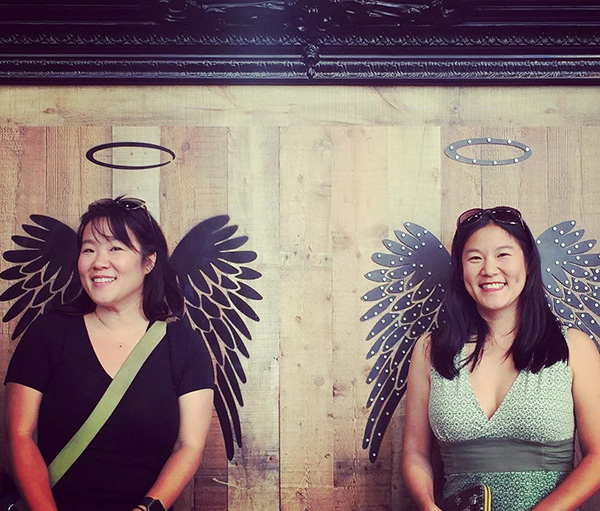 Fall 2019 brought big things for Jenny, as she was notified of being a recipient of the MacArthur Foundation Fellowship. “Like most academics, I was aware of the MacArthur—I know a few people who’ve won in the past, but you actually don’t know if you’re under consideration, and you’re never told if, when, or who nominated you. So, it certainly wasn’t something I was actively thinking about, and I was deeply honored, and very surprised, to hear from them. It is a strong validation that there are people in my research community who think that what my lab is doing is important,” Jenny said.

Jenny plans to continue focusing her research on social behavior and genomics. She’s hoping the grant will allow her to take more risks and help her carve out some space to think about the exciting directions her research might take.

“I’m hoping my research will show the world that the social and the biological are not separate spheres. Social relationships and social interactions are deeply important to whether we biologically thrive,” Jenny said.

“Is it completely cheesy to say Jenny inspires me? She’s the hardest working person I know,” said Wenny. “Her level of passion for what she does and how she tackles an ever-mounting list of demands is incredible, all while being a new parent and never losing her sense of humor.”

So, will there be more Duke/Fuqua graduate all-stars from the Katzenstein-Tung families? The future looks bright, although it could be an uphill battle.

“I will be continuing to brainwash my house-divided twins that Duke is always the right choice—especially now that I’m on the Fuqua Alumni Council, and their dad is on UNC Kenan-Flagler’s Alumni Council!” Wenny said. 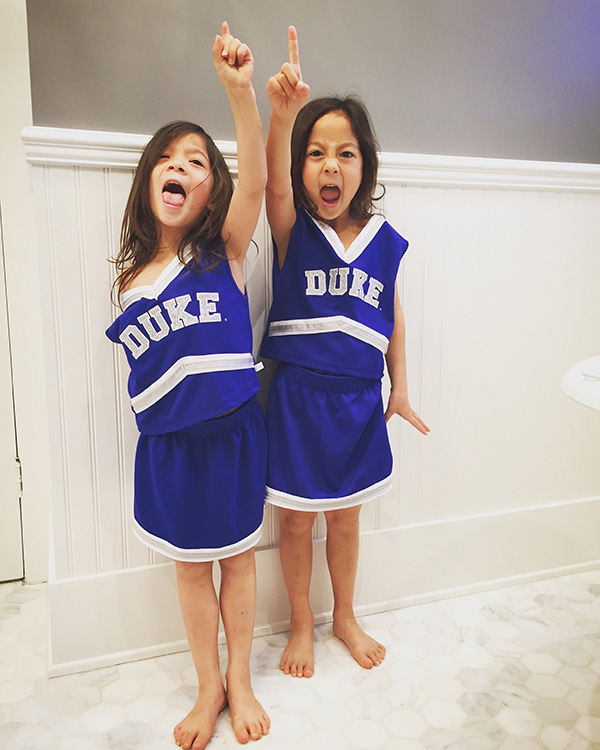 In Wenny’s own words, “Not all paths can be planned,” but we have our fingers crossed for second-generation Dukies anyways. After all, Wenny and Jenny are evidence that maybe, just maybe, being awesome really is genetic.