Optimism is up and there are widespread predictions that U.S. companies will crank up investment in 2017, but research from Duke University's Fuqua School of Business suggests corporate debt is the elephant in the room that could squash those plans. 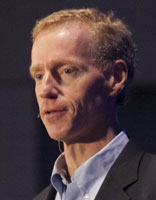 "Debt has long been the primary source of external funding for these kinds of corporate investments, as firms look to borrow from banks or the bond market," said Graham, director of the quarterly Duke University CFO Global Business Outlook survey. "But we're in a worrisome trend: corporate borrowing in the U.S. has increased by about one-third over the past five years, but investment has not grown accordingly."

After two years of reduced business spending, there are fledgling signs it will ramp up in 2017, boosting economic growth. But conditions suggest this growth might be muted, while corporate borrowing has been anything but.

Since 2010, debt has increased from about 18 percent of total capital to nearly 24 percent among manufacturing firms, and from 18 percent to nearly 30 percent for energy firms, among public firms on Standard and Poor's Compustat database.

"Can we hope for an investment spike in 2017 if firms have already used up their debt capacity?" Graham said. "In the latest CFO Survey, more than 60 percent of responding firms said current debt burdens would at least moderately crimp their ability to pursue future investment opportunities."

On top of that, interest rates have started to increase, and tax reform proposals put forth by President Donald Trump and House leader Paul Ryan could also make using debt less attractive. Debt interest is currently tax deductible, saving companies as much as 35 percent of every dollar they pay in interest. Reform proposals include eliminating the corporate tax deduction for debt interest, thereby increasing the effective cost of debt.

"This would reduce the use of debt to fund future investment and also strike a blow to companies that recently increased their debt loads, unless interest on existing debt is grandfathered," Graham said.

If not with debt, how could companies fund future investment? History suggests secondary equity offerings are unlikely.

"As an alternative, tax reform may increase corporate cash flows, which could provide internal funding. And some companies are flush with cash — though some of it is trapped off-shore — which those firms could tap to fund investment," Graham said. "But the CFO survey found 25 percent of responding companies said the magnitude of recent share repurchases would limit the ability of firms in their industry to invest in the future."

The U.S. economy rode out of the last recession on the back of corporate capital spending, but with current debt loads it seems unlikely firms can invest as aggressively in 2017.

"In this period of relatively high corporate indebtedness and increasing interest rates, it might not be the time to raise the cost of debt by eliminating interest deductibility," Graham said. "At least not if we want capital spending to rev up the economic engine in 2017."