Everyone gets frustrated in relationships from time to time. But new research suggests that frustration could be seeping into our brand choices. 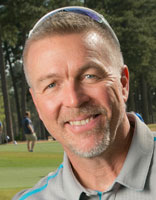 Gavan Fitzsimons at Duke University's Fuqua School of Business found that when we get frustrated with our romantic partner, we are more likely to choose brands opposed to those we think our partner prefers.

"This tendency seems to arise from the conflicting desires to express our frustration but not harm our relationships," Fitzsimons said. "It happens when we are frustrated, but because we are close we don't want to hurt the other person."

Fitzsimons worked with Danielle Brick of the University of New Hampshire on the research, "Oppositional Brand Choices: Using Brands to Respond to Relationship Frustration," newly published in the Journal of Consumer Psychology.

This oppositional brand choice effect was most pronounced among people who felt they had less power and influence in their relationship, the researchers found.

"Because lower power partners feel they have fewer means to express themselves in the relationship, they appear to use brand choices as an outlet for their frustration," Brick said.

The researchers asked 292 online participants in long-term relationships which of two brands their partners preferred in six categories, including shoes, coffee and toothpaste. They also rated their degree of confidence they were right. Participants were then separated into three groups to write about a time their partner did something that made them happy or frustrated, or, for a control group, to write about their partner's physical appearance. After that, they chose the brands they preferred from the same list they did for their partners beforehand. Participants also scored themselves on a personal measure of power adapted for relationships.

This approach, rather than simply asking people if they made oppositional brand choices when they were frustrated with their partner, avoided the potential for participants to give predictions while calm that would not reflect how they would behave when frustrated, the researchers said.

People with less power in a relationship who were frustrated with their partner were more likely to make oppositional brand choices, the researchers found. The results also suggested these choices might be more likely when a partner repeatedly does something frustrating.

Repeating the study with another 597 people, the researchers had participants rank their own preference for their partner's preferred brands. They also had one group of participants write about a time their partner did something that made them sad, instead of happy as in the first study.

These results suggested that while sadness increased negative feelings about a partner's brand, frustration resulted in more active choices of an opposing brand.

In a third study, 127 participants again chose their partner's preferred brands and completed a relationship power test. They were then subliminally primed with their partner's name and an emotion - frustration, sadness or a neutral feeling for control purposes - by  means of flashing them on the screen during what participants were told was a visual acuity test. Afterward they were asked to choose their own preferred brands from the same list they saw earlier. The subconscious suggestion of frustration with a partner resulted in significantly more oppositional brand choices the less power an individual felt in their relationship.

"This study highlights that conscious and non-conscious emotions within close relationships produce similar effects on behavior, including affecting brand choice," Fitzsimons said. "Overall, these results highlight that relationship power has different effects on brand choice depending upon the specific negative emotion experienced within the relationship."

The researchers found some evidence to suggest oppositional brand choices can reduce relationship frustration, which might lead to greater satisfaction in the relationship. But it's not clear whether there are differences between brand choices that are oppositional versus spiteful, such as a choice that would make a partner consumer a brand he or she dislikes.

"These studies begin to address the need for more of a social and interpersonal perspective on consumer behavior," Fitzsimons said. "They contribute to theory in emotions, close relationships, and social power."