How Medicare Could Save Millions

Medicare has long struggled with the most efficient way to reimburse hospitals for the care they provide. Professor Ryan McDevitt, an economist at Duke University's Fuqua School of Business, studied stays at long-term care hospitals and found on average they discharge patients based on when they get federal payments rather than for medical reasons. His research also shows an alternative payment system could save Medicare millions of dollars without affecting standards of care.
McDevitt discusses his National Bureau of Economics Research working paper in this Fuqua Q&A. 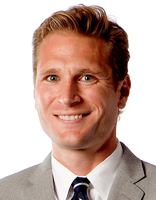 Q: Why does it matter how Medicare reimburses hospitals?

Medicare reimbursed hospitals $145 billion for inpatient care in 2015. Some Medicare payment systems give providers a fixed bucket of money per diagnosis. That motivates hospitals to spend wisely and avoid a lot of unnecessary treatments, but the downside is that if the provider gets a fixed payment regardless of how well they treat patients, it could also motivate hospitals to discharge patients as soon as possible, without providing high-quality care. Initially there weren't any penalties for poor-quality treatment, providers still got paid. Quality incentives have been added over time but not as many as you might think or want. We wanted to see how the incentives affected hospital behavior, and whether that behavior is optimal for the patient.

Long-stay hospitals, according to Medicare, are facilities where the average length of stay is 25 days or longer. Those hospitals get more money from Medicare than acute care hospitals do for the same conditions. They also have a different payment structure. Medicare doesn't want to give them the incentive to take in patients for a higher reimbursement that could be treated at a regular hospital. So for the first few days of a patient's stay, the long-stay hospital gets a very low payment that doesn't even cover the cost of treatment. After a certain number of days they reach a threshold when Medicare reimburses them the full payment for the condition. Then for the remainder of the patient's stay, the hospital gets no more money. That gives the hospital a strong incentive to keep patients right up to that threshold day and then discharge them right after. This payment structure is a fascinating way to study the economics of this market and incentives.

Q: How did you go about studying the effects of the payment structure?

We got data on all long-term Medicare-funded hospital stays between 2004 and 2013, a full decade of data. For our main statistical model we looked at 377,513 individual hospital stays. There are different payment days for different diagnosis groups, and payment days for the same group vary from year to year. This variation across diagnoses, and within a diagnosis over time, gives us a very clear identification strategy for understanding the behavior of the hospitals.

Q: What did you find?

Looking across the different groups, no matter what the diagnosis, there's always a spike of discharges on the payment day, and it's a very large spike. We found 6.8 percent of patients were discharged on the three days before the payment day and 36 percent were sent home in the three days after. One explanation for this could be that this threshold day is the optimal day to discharge patients, because that's when, on average, their course of treatment will have run its course and the whole regimen will have been implemented. But the institutional details in this market allow us to rule that out as an explanation. It's the financial incentives that are driving this behavior. When the payment day for a diagnosis changes from one year to the next and all of a sudden all the discharges shift to that day, that's pretty convincing evidence. There's no evidence the treatments would change that much from year to year to where all of a sudden patients are getting better one day sooner. It's even more unlikely that all this would be occurring across all diagnoses every year. Overall, we found hospitals were keeping patients about a week longer, or 23 percent longer, than they would if the discharge decision had been made for non-financial reasons.

This effect was more pronounced among for-profit hospitals. Two for-profit chains acquired a bunch of these hospitals over that 10-year period. Once they acquired a hospital, that hospital became more likely to do this.
About a third of long stay hospitals are just floors in a regular hospital that are classified as a separate entity for payment purposes. We also found a larger discharge spike on payment days for those hospitals than among standalone long-stay facilities.

Q: Is there a better payment structure Medicare could use?

We used our econometric model to estimate what would happen under three alternative payment schemes. First, you could issue a flat payment each day. But that makes the situation worse because if hospitals are making a little profit each day that motivates them to keep the patient for as long as possible.

Another way is to offer hospitals a lump sum at the very beginning, but that would motivate them to keep patients for less time than might be best for the patient.

The third and most interesting possibility was proposed by Medicare itself two years ago but never analyzed in a sophisticated way to see what the effects would be. It offers more gradual payments for long-term stays. We found that would reduce lengths of stay by about 1.2 days on average. That could save Medicare $19 million per year. It reduces payments without having any negative impact on health or quality of care that we could find. If anything, we found patients are better off from being released earlier because it reduces their risks of contracting hospital-acquired conditions, like bed sores.

That's the delicate balance Medicare is trying to strike.  When they come up with these plans they're trying to fix one problem, but then of course when you change one thing hospitals change their behavior and nothing is quite what they hoped it would be.