Paying More for Responsible Sourcing Can Encourage the Opposite, Research Finds

When you pay more for a shirt because the label says it didn't come from a sweatshop, you could actually be encouraging firms to be less responsible about how their products are made, according to new research from Duke University's Fuqua School of Business.

Professor Robert Swinney found that a growing market for higher-priced, responsibly-sourced products can make it more profitable for companies to split the market and sell a cheaper but potentially irresponsibly-made alternative to customers who can't or won't pay more. 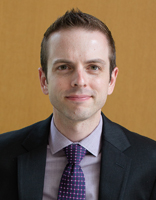 Conversely, Swinney found that punishing firms who do source their products irresponsibly, through fines or exposure by advocacy groups, is successful in pushing firms to be more responsible.

"The negative actions tend to work but the positive actions may backfire," Swinney said. "To us it says you need to be careful about how you're trying to foster increased responsibility."

The research, "Responsible Sourcing in Supply Chains," is newly published in the journal Management Science. Swinney worked with Ruixue Guo and Hau Lee of Stanford University.

"We were concerned how firms make the decision to source responsibly, and what external stakeholders — governments, customers and advocacy groups — can do to encourage responsible sourcing among the firms they're buying from," Swinney said.

Most previous research has studied corporate social responsibility as an altruistic phenomenon, but Swinney examined it from a risk management perspective.

"We saw that companies were making a conscious decision to source from suppliers that were risky — more likely to mistreat workers or the environment — given where they were located and their histories," Swinney said. "So we looked at this as a risk management problem: you can source from these suppliers and they may be cheaper, but they're risky in that they may do something really bad that's going to have a negative impact on the buying firm."

"The really surprising thing we found is that it may actually hurt if consumers are more willing to pay a higher price for a responsibly-made product, or if there is a larger fraction of consumers that are socially conscious."

The researchers created a mathematical model that created a simple cost-benefit choice for firms between a more expensive but risk-free supplier or an alternative that was cheaper but risky, such as a manufacturer in a developing country without regulations or robust enforcement of law.

Then they factored in external influences, to see which were most effective at encouraging firms to be more responsible. The list included investigation by advocacy groups, the cost of environmental cleanup, government fines, and the number of socially-conscious consumers who are willing to pay more for responsibly-sourced products and punish firms whose suppliers were not responsible.

"The really surprising thing we found is that it may actually hurt if consumers are more willing to pay a higher price for a responsibly-made product, or if there is a larger fraction of consumers that are socially conscious," Swinney said.

That's because while firms can choose responsible suppliers or cheaper, risky suppliers, many choose both.

"A lot of apparel companies actually do this," Swinney said. "They sell a regular line of clothes and smaller subset of fair trade garments. The implication here is the regular line you're buying is not manufactured in a responsible way."

This happens because when some consumers are willing to pay more for responsibly-sourced goods, it makes sense for firms to exploit that market. But they don't want to lose the customers that can't or won't pay more.

"What becomes the optimal thing for the firm to do is segmenting the market," Swinney said. "The increased consumer willingness to pay for responsibility, and the larger number of socially conscious consumers, increases the value of market segmentation for the firm. So it's not optimal to source everything responsibly and be this great corporate citizen, it's optimal to pursue a dual sourcing strategy."

However, a greater likelihood that firms will be caught for violating standards, or increased willingness to punish firms for violations, did incentivize social responsibility among firms in the model.

"A common piece of advice is you shouldn't boycott companies that source irresponsibly because it would cause factories in developing countries to close and put people out of work, and so instead you should educate consumers to be willing to pay a higher price for something that's made in a responsible way," Swinney said. "We found that strategy may work, but you need to be careful. Punishment strategies tend to be more valuable, so you may want to focus your efforts there."