A Fuquan’s commitment to shattering comfort zones in the name of personal growth is not something to be taken lightly. In fact, look no further than Gianna Venturi MBA ’12 and Martin Evans MBA ‘08. Not only have they taken this precedent beyond the walls of Fuqua—they’ve taken it to every continent in the world doing what they love: long-distance running.

“I love having big goals that crush what we believe is possible. Running was such a negative event early on for me personally, but once I broke through the personal limitations that I carried, it was amazing how liberating running became,” Martin said, who works with two private equity firms focused on lower middle market investments in oil and gas and aerospace. “I also love to travel and was blessed with jobs that helped me see an incredible amount of the world, and as I’ve come to love running, I was able to combine two things I absolutely love to do and run on every continent.” 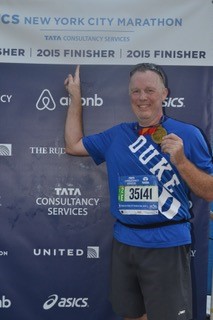 After signing up for his first marathon in D.C., Martin found out that Athens, Greece was having a 2500th anniversary race of the original marathon. While continuing to train, he heard about the Seven Continents Club from Runner’s World, which stated Antartica had a three-and-a-half year waiting list. “I decided to sign up and see if I continued running that long! I still had not run my first marathon, but was signed up to do 3 continents. So, the idea of doing all seven continents just fell into place. After I had done my first 3, Gianna and I started dating, traveling, and running together. We continued the circuit with her starting her Seven Continents Half Marathons and me completing my full marathons,” Martin said. 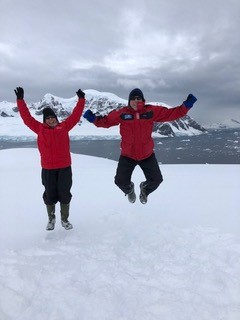 Now the head of Human Resources as Chief People Officer for Eyemart Express, Gianna never expected to love long-distance running. “I used to run track at school as well as played in a number of other sports. I never enjoyed long-distance running, and you could not have convinced me that I would one day become a long-distance runner! But Martin was a runner, and I was surrounded by his running friends, and suddenly, before I knew it, I was one too!” 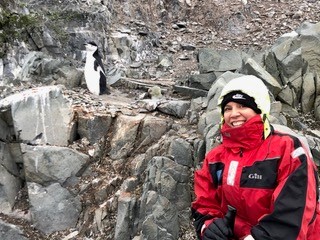 During events this dynamic duo makes sure to wear lots of Duke gear during each half-marathon or marathon race, as “the whole household bleeds Duke blue!” Gianna said. Both also speak several languages and love experiencing new cultures and food (European and Peruvian are favorites). As such, both traveled significantly before setting the lofty goal of running a long-distance race on every continent, gaining esoteric lessons such as learning the hard way that not every country has peanut butter (and therefore bringing your own for pre-race meals). Despite having completed the incredible feat of running a race on every continent, Gianna and Martin still say earning a Fuqua MBA is one of their greatest achievements. 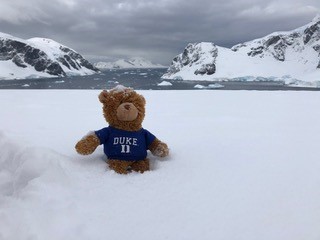 “I had no idea going into it how hard it would be—but also how much fun, how many great friendships would come out of it, and how personally and professionally transformational it would be. It was an incredible experience,” Martin said.

“My favorite memory is that first week—so many emotions, meeting so many new people, wondering what the next 15 months would be like, the team building events, all of it! Incredible!” said Gianna, who is also a former Fuqua Alumni Council member. “To me, Team Fuqua means love! It means having pride in what it represents: a great school, great education, great people and leadership.” 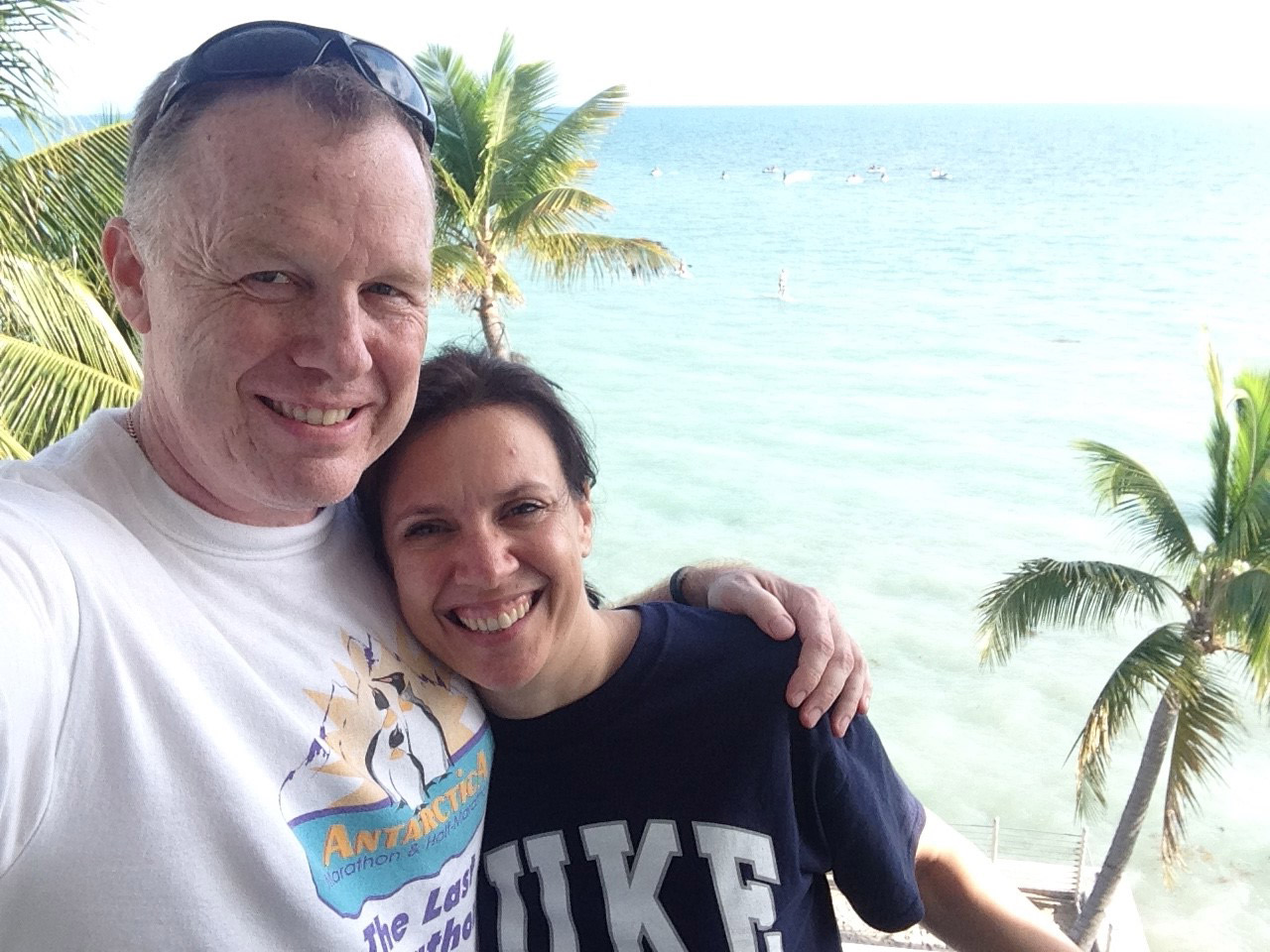 There were many personal and professional lessons that connected running marathons and earning an MBA from Fuqua. One good training session doesn’t prepare you for the “big run.” Alternatively, one bad training run or race does not mean you’re a disaster in all things.

“Soreness from hard runs is a sign of growth—soreness at work can be a sign of growth as well. I have a ‘burn the boats’ mentality with races—I will never get a ‘Did Not Finish’ (DNF)! Never!” Martin said. He admits at times his perseverance can be extreme. For example, at the Great Wall of China he was relegated to moving 10 feet then stopping to recollect because he was nearly passing out. “When it came time to fight the three cancers I had rumbling around inside me two years ago, I knew I’d lick it. I continued to run through it for 4 months of chemo treatments as I was able to get my mind in control of my body—I’m convinced it all came from my running and the mental strength that comes from it.” 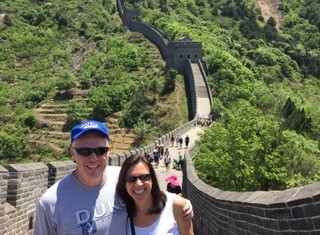 “The biggest lesson for me has been that I can really do anything I set my mind to, and in fact, my mind is usually my limiter if I let it be. I remember clearly the day that Martin convinced me to walk my first half-marathon,” Gianna said. “For the longest time after that I was 100% sure I could never do it! Then, when my training plan was broken down into bite size chunks, I realized I could do it, and I did much more than that eventually! I have definitely used that across all areas of my life—just break down an overwhelming goal or challenge, and put my mind to it. Anything can be done!”

Also echoing Fuqua life, when Gianna and Martin race they not only depend on one another, but also thrive on the energy of those around them. “We have a blast during our races. There’s a party at the ‘back of the race pack!’ They practically measure us with a sun dial we’re so slow, so no need to be competitive!” Martin said. “We get amazing pictures and meet the greatest people during the races—we don’t want to run too quickly through that and miss all life has to offer.” 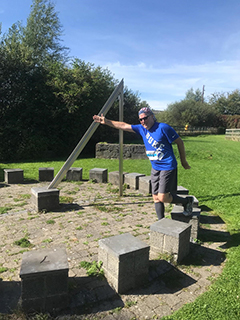 What’s next for these Fuqua globetrotters? “Running a half-marathon in all 50 states is softly out there,” Martin said.